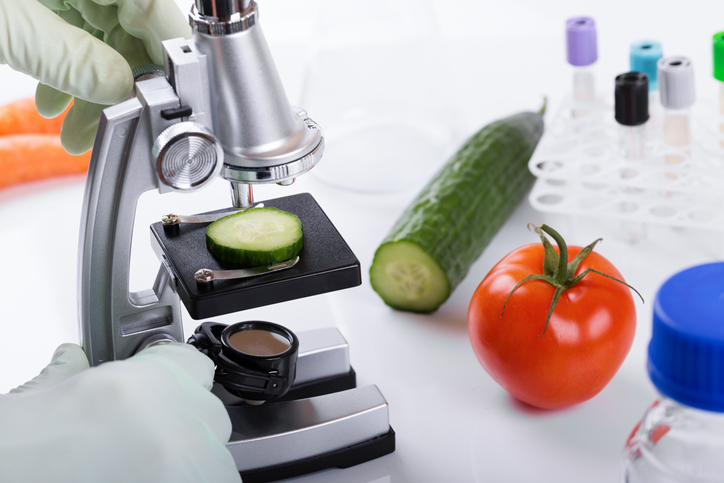 Fresh fruits and vegetables are staples in healthy diets, providing nutrients and energy that people need to live an active life. They’re a vital part of our existence, and yet, they are often the culprits in foodborne illness. This is why ensuring produce safety is so critical.

Raw produce, in particular, has long been considered one of the healthiest choices for human consumption but comes with a higher risk of bacteria because it doesn’t go through a heating or cooking process that would kill off most foodborne pathogens.

Fresh produce is estimated to cause the greatest number of illnesses and the largest average number of illnesses per outbreak, according to the National Center for Biotechnology Information (NCBI). Plants have also been found to carry antimicrobial-resistant (AMR) bacteria.

Produce safety recalls cost an average of $10 million in direct costs for a company. If you are a grower, producer, or distributor of produce, it’s important to test for physical, chemical, and bacterial contamination at each stage of the supply chain to protect your profitability as well as the health of consumers.

Often, bacteria that affect fresh fruits and vegetables include Cyclospora, Noroviruses, Salmonella, Listeria, and e. Coli, all of which can have severe or even fatal consequences.

Contamination can come at any point in the food chain. Outbreaks have occurred in recent years in lettuce, berries, sprouts, and cucumbers, causing serious illness and costing millions of dollars. Many times, the source of contamination starts at the farm prior to harvest, or after harvest if non-chlorinated wash water is used on produce, which is ineffective against bacteria. The bacteria thrives on the produce surface, and then is packed and distributed on contaminated fruits and vegetables.

Sprouts often are the source of foodborne illness. Since the mid-1990s, at least 35 outbreaks from contaminated sprouts have occurred, according to the FDA. Primarily, they are contaminated with E. coli or Salmonella. Sprouts are grown in nutrient-rich, wet environments, where bacteria can enter root hairs and other parts of the plant. A single Salmonella bacterium on seed can grow exponentially during the two to seven days it takes for the plant to sprout, leaving it with dangerous levels of infectious bacteria.

Chemical contamination from pesticides, heavy metals, and other toxic substances can also be passed on to consumers if not carefully controlled from the farm to the market through produce safety testing. Some non-microbial contaminants occur naturally in the environment, while others are a result of human activity and pollution.

Crops, groundwater, and wash water can all be contaminated with heavy metals, pesticides, pharmaceutical runoff, radioactive elements, electronic waste, plastics, and other pollutants. Produce that has been watered and washed using water sources that are subject to runoff wastes are particularly susceptible.

Fungal contamination is common on fresh produce and can be a source of illness if consumed. Yeasts and molds can spoil fresh fruit quickly, and molds are capable of producing mycotoxins that are harmful to human health.

How Produce Safety Testing Roots Out the Problems

Catching issues early on helps to reduce the risk of public health consequences and recall. The best way to identify contaminants is to put in place a regular produce safety testing program.

Microbiological testing is vital as part of your overall food safety program. When proper sampling and testing are performed, it can provide important information about the environment, process, and product, including identifying any potential bacterial, chemical, and physical contaminants.

Understanding the risk involved at each stage of the supply chain for your particular product(s) is step one. By knowing your own farming, handling, packaging, and processing practices and those of your suppliers, you’ll know where potential contamination may occur, as well as what type of contaminants to test for.

Talking with a professional at a trusted food and produce safety testing lab will give you great insight into what to test for, when, and how often. The laboratory should have a clear understanding of the full spectrum of contaminants and where they typically occur in supply chains.

Trusting your laboratory to identify and work through any potential issues can make the difference between a successful product and recalls.

Barrow-Agee Laboratories holds numerous testing certifications and accreditations relevant to the produce industry in both the U.S. and Canada, including our ISO/IEC 17025:2017 accreditation and ongoing proficiency testing for LGC – Microbiology and USDA Accredited Laboratory Program for pesticides. Our test result turnaround times are typically within five business days, and are reported through a convenient online results portal as soon as they are available.